Can someone explain me the purpose of (KDE’s) konsole’s ability to split? 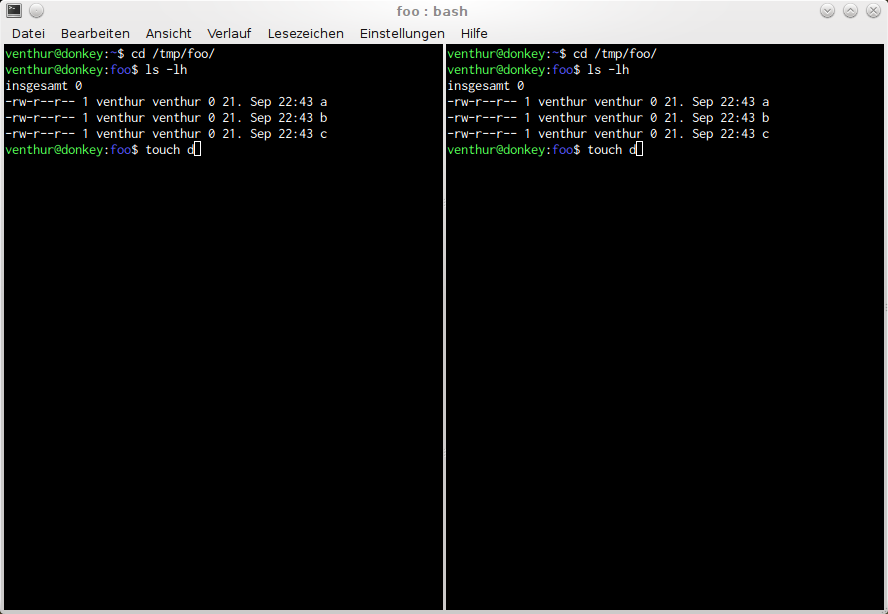 You can split horizontally or(!) vertically but the resulting terminals are just mirroring the activity of the first one. What is the usecase for that?

Yakuake does splitting right. You can split several times horizontally and vertically and the resulting terminals are independent. You can also switch the focus of the terminals easily via keystrokes which makes yakuake an invaluable tool when working on the terminal under KDE. 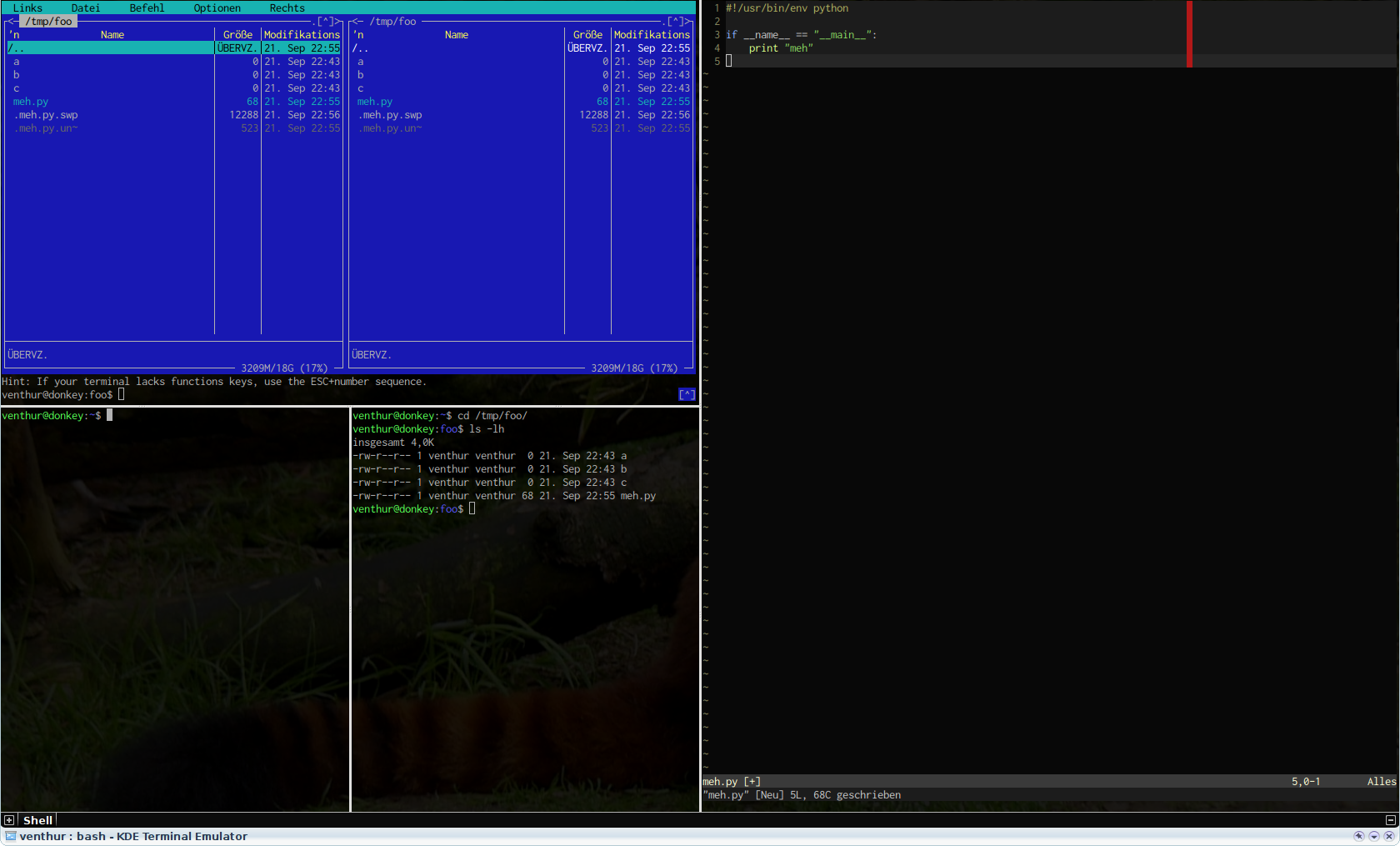 So what’s the point of konsole’s variant of splitting?